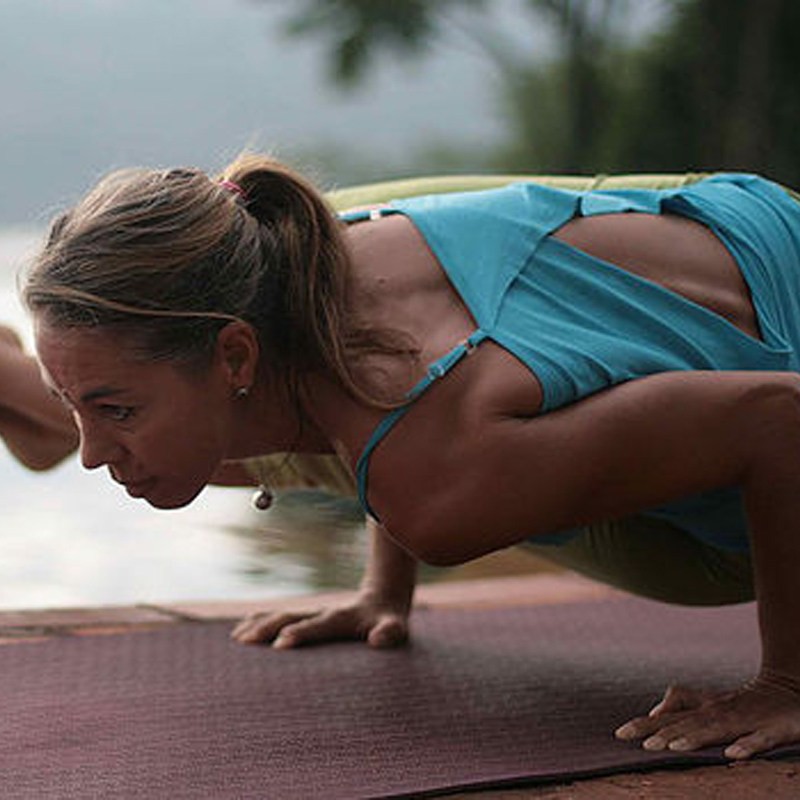 Leyla’s appreciation for the body, strength and flexibility began at the age of seven when she first put on a leotard and discovered ballet and gymnastics. She practised both diligently for the next 10 years. In 1996 she left her home in London and set off for India. Her feet touching Indian soil was both a curse and a blessing. Instantly in love with the smells of incense wafting through the air, the smiling brown faces, the colourful array of gods and goddesses adorning equally colourful temples, and the lyrical chanting flowing from Ashrams before sunrise. She stayed for the next five years and it was here her love for yoga began. She completed her first 200 hours teacher training in 2008 with Africa Yoga and her second in 2015 with AYP. She has also studied with Shiva Rea and Jason Crandell.

Yoga is a daily practice of surrendering to the power of now and honouring one’s truth. My inspiration and creativity come from a life fuelled by love, truth and courage and the journey of acceptance and trust. I believe in the value of conscious movement that cultivates strength, flexibility and awareness. My teaching style consists of fun, intuitive flowing asanas that inspire curiosity about the body and invite an internal feeling of awakening. I like to weave pranayama and yoga philosophy into the practice and I am excited when a student transcends his or her own boundaries. My students can expect to be led through an intelligent sequence of postures, with hands on adjustments and helpful alignment cues designed to build deeper communication between the body and mind. I am a shiatsu practitioner and reiki level II. My love for the subtle body as well as physical body can be identified in the way I teach. I support the health of the physical body, whilst producing a positive influence on ones inner landscape.

In 2017 I began leading 200hr Yoga Teacher Trainings. I feel blessed to have found my dharma.

We have not been advised of any upcoming events with Leyla Ahmet Meredith.