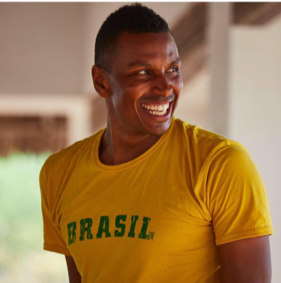 Salim has maintained a dedicated hatha and vinyasa yoga practice since 2000 and was certified as an instructor through Yoga Alliance in 2007. He has studied under the mentorship of several master teachers including Jhon Tamayo (New York), Ullas Kumar (Kerala, India), and Sudhesh Chandra (Mysore, India). Through his company Soul Flow, Salim has organised numerous wellness retreats, workshops and festivals throughout Kenya.These include Nairobeing: The Wellness Experience; Yogacoustic (yoga and live music series); Yoga and Brunch; Move & Flow: Capoeira & Yoga Retreat; Yoga on Dub: a Reggae & Yoga Festival; Blue Flame Yoga at Tandawazi among other events.

For the past three years he has taught at the Lamu Yoga Festival and he holds ongoing classes at Acacia Studios in Nairobi. Additionally, Salim has conducted extensive research on yoga philosophy with scholars, yogis and saddhus throughout India. In addition to his work as a yoga instructor, Salim is also a Contra-Mestreof the Afro-Brazilian martial art, Capoeira Angola. He runs a capoeira programme for marginalised youth in Kibera slum, Kenya, and Luanda, Angola. Salim deeply values his role as a community organiser and the opportunity he has been given to share the gift of wellness with others. 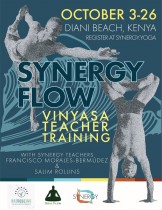