Tsavo East National Park is a vast area of arid bush through which the emerald Galana River meanders. Attractions include dust-red elephants, Aruba Dam, Mudanda Rock, Yatta Plateau and Lugard Falls. The park became known as the site where the infamous Man Eaters of Tsavo presided over their reign of terror. 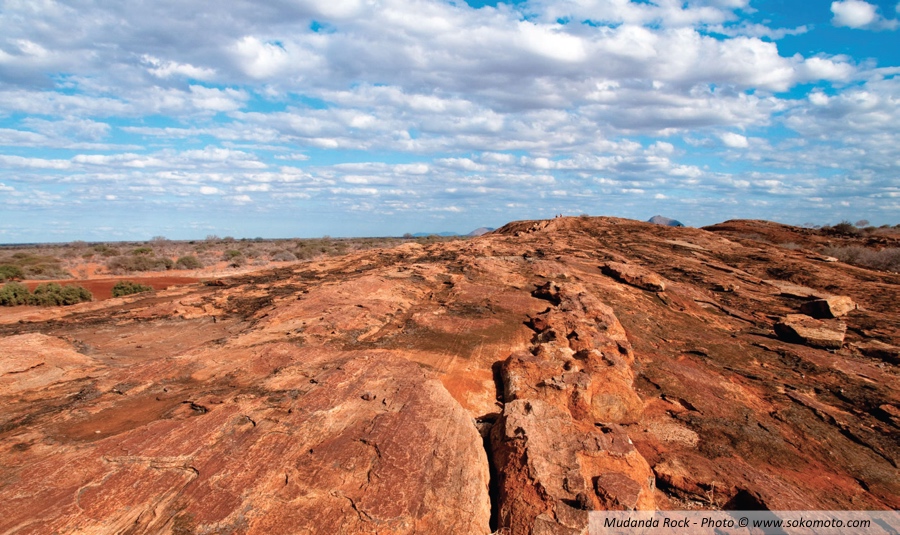 Tsavo National Park was established in 1948 and formed one of the largest national parks in the world. The park was later split into East and West, on either side of the Nairobi Mombasa Highway, for administrative purposes. Tsavo East, the larger of the two, has park gates at Mtito Andei, Voi, Buchuma, Manyani, Ithumba and Sala. Park airstrips are Tsavo Gate, KWS Voi, Lugard’s, Manyani, Tsavo Safari Camp and Satao. Park fees should be paid to Kenya Wildlife Service, KWS; current rates can be obtained from KWS.

As well as huge herds of dust-red elephants, most of the larger mammals are found here, including rhino, buffalo, lion, leopard, hippo, crocodile, waterbuck, lesser kudu, gerenuk and the endangered hirola. Birdlife is prolific; 500 species have been recorded here.

Aruba Dam, built in 1952, is located on the north bank of the seasonal Voi River. Visited by thousands of animals, the dam makes an appealing game viewing site. Mudanda Rock towers above a rock pool which attracts herds of elephants. At a length of 300km, Yatta Plateau is the longest lava flow in the world, and draws migrating birds from all over the world. Lugard’s Falls are named after Captain Lugard, the first proconsul to East Africa. The falls plunge through bizarrely eroded rocks into foaming rapids and crocodile pools.

Activities include game viewing, bird watching, trekking and camping. There is a public campsite at Ndololo, as well as several special campsites that can be booked in advance with KWS.

In 1896, the British began building what was then known as the Uganda Railway, from Mombasa to Lake Victoria. The project, nicknamed the Lunatic Express, was led by Captain John Patterson. During the construction, two maneless male lions developed a taste for human blood, achieving the moniker the Man Eaters of Tsavo. Over a period of three months, while building the bridge over the Tsavo River, about 140 railway construction workers were killed by the lions, an episode immortalised by the film The Ghost and the Darkness. The lions were eventually shot by Patterson.

During World War I, British forces built forts along Tsavo River to counter threats from the invading German army, based in what was then Tanganyika, now Tanzania. Tours of the sites and the battlefields are available.

Listings In The Tsavo East Region 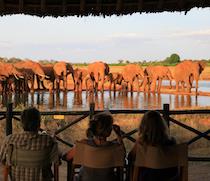 On the boundary of Tsavo East National Park, Voi Wildlife Lodge looks out at Kasigau, Sagalla and Mwakingali Hills, and a natural waterhole which often attracts big game. The lodge has 72 rooms, made up of 16 standard rooms, 32 superior rooms and 24 luxury rooms. All the rooms have spacious en-suite bathrooms and ... 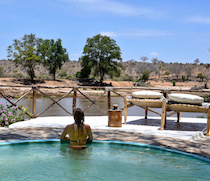 On the banks of the Galana River, Kulalu is a small and friendly safari camp. The camp sits across the river from Galana Conservancy, and its decks and verandas view the river. The 5 en-suite tents are made up of 4 doubles and 1 family tent. The family tent is an L-shape with ... 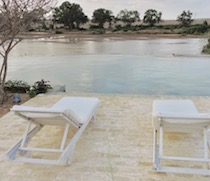 Beside the Galana River, looking across into Galana Conservancy, Kudu Camp is a welcoming safari camp. The 16 en-suite tents are made up of singles, doubles and family tents. In a semi circle, the tents are raised from the river on a small ridge. All tents have solid stone floors, are ... 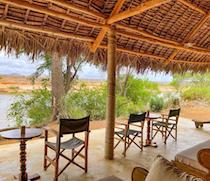 Amazing Kenya’s Shoroa Camp is a traditional safari camp on the banks of the Galana River, overlooking the Galana Conservancy. On the edge of Tsavo East National Park, this conservancy is a 60,000-acre haven for wildlife and birdlife. There are four en-suite tents that can be double or twin. ... 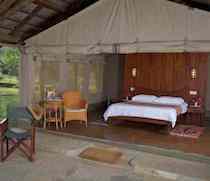 The lodge takes its name from the Aruba Dam, constructed in 1952, a watery oasis that forms an irresistible attraction to the game in the dry Tsavo East National Park. Ashnil Aruba Lodge sits in landscaped gardens on an advantageous watering site overlooking the Aruba dam, its viewing decks offering views ... 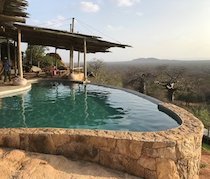 The Sheldrick Wildlife Trust is best known for its work protecting elephants, and has a successful elephant orphanage in Nairobi and an elephant rehabilitation operation in Tsavo. It’s also a vital protector of the Tsavo area where it has anti-poaching units, dog units, aerial surveillance, mobile veterinary units, de-snaring ... 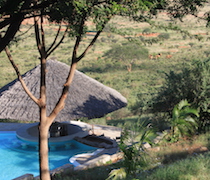 Situated on Mlima wa Simba, Swahili for Lion Hill, this lodge makes a lovely place to relax and enjoy the views. The lodge is not far from Voi Gate of Tsavo East National Park and easily accessible from the Nairobi Mombasa Highway. The 8 en-suite rooms with double or twin beds, ... 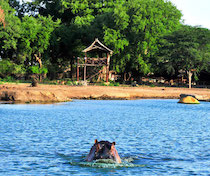 Built in a semicircle around a waterhole, Satao looks out on the multitude of wildlife that frequents the water. There are 20 en-suite tents, made up of 16 family tents and 4 suites. All tents are constructed of sisal and timber, with thatched roofs, to blend in with their environment. The tents are ... 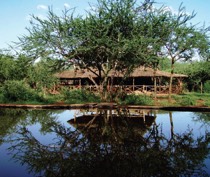 Sagala Lodge is in Sagala Game Sanctuary, a 5000-acre private sanctuary bordering Tsavo East National Park. There are 24 en-suite bandas in lush gardens. The bandas are double or twin, and have spacious verandas. The restaurant serves international cuisine; breakfast is buffet, lunch and dinner are a la carte. The bar ... 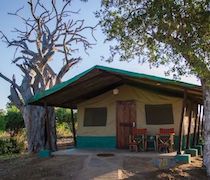 In a glade of boskia trees, Sentrim Tsavo is a traditional tented safari camp. The camp offers a selection of activities, both inside and outside Tsavo East National Park. There are 19 en-suite tents, made up of 4 twins, 8 doubles, 6 family tents and 1 suite. All tents are furnished with cupboard and writing ... 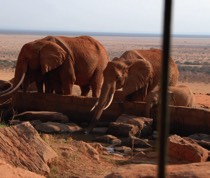 On a hillside overlooking Tsavo East National Park, Voi Safari Lodge makes a lovely place from which to watch the wildlife and birdlife of the park. From the lodge, 3 waterholes are visible so guests can see animals coming to drink without leaving the lodge. There are 50 en-suite rooms, all of ... 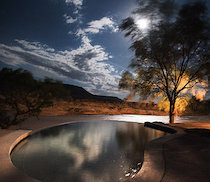 On the southern banks of the Galana River, Galdessa Camp sits in a cluster of doum palms overlooking the Yatta Plateau, the world’s oldest and longest fossilised lava flow. The camp is owned by the Sheldrick Wildlife Trust; a highlight of a stay here is visiting the Sheldrick’s ...