Welcome to our introduction to Kenya!

Read on for our insights into Kenya’s lengthy and fascinating history, as well as its many tribes, its cultural festivals, its myriad of attractions and the country’s favourite activity: safari. We also bring you a wealth of useful details about Kenya’s transport, banking, communication and medical facilities. Any questions - just ask. 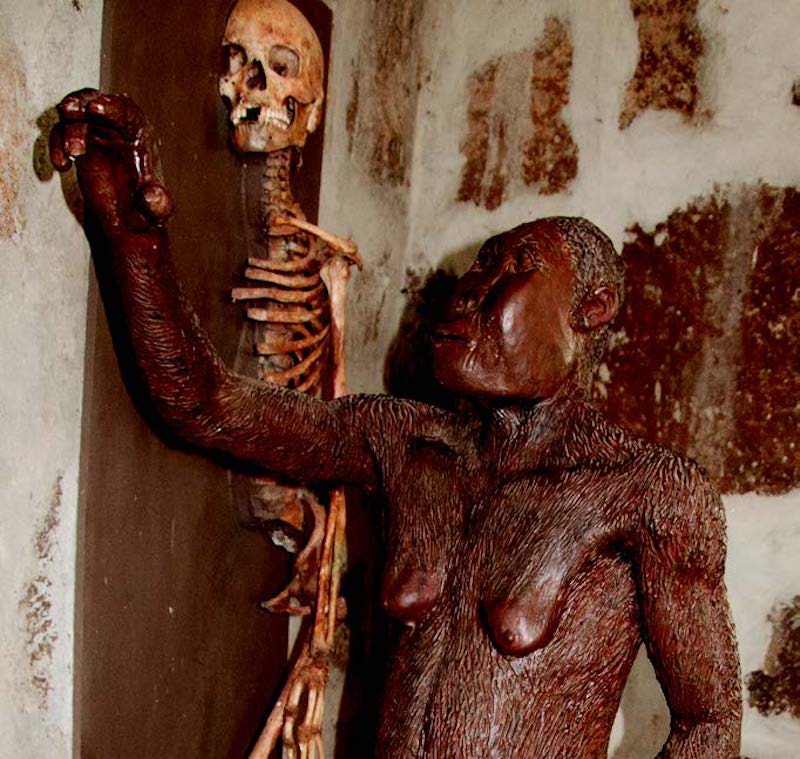 The earliest evidence of human evolution has been found in the Rift Valley region of Africa. Discoveries in the Tugen Hills near Lake Baringo date to 6.8 million years ago, and precipitated the naming of a new species, the Orrorin Tugenensis. Excavations near Lake Turkana indicate that hominids like Australopithecus Anamensis lived in the area from around 4.1 million years ago. Homo Erectus found in the region have been dated to about 1.6 million years ago, while Homo Sapiens have been dated to 200,000 to 150,000 years ago.

The early Stone Age, dating from about 2 million years ago, is characterised by tools that consist of pebbles and stone blocks. Evidence of these tools has been found in the Koobi Fora region, east of Lake Turkana. A study of the fossil and animal remains at these sites indicates that the people of that period lived in small groups that depended on hunting and gathering, and were predominantly meat-eaters.

The middle Stone Age, dating from about 1 million years ago, is characterised by more advanced tools referred to as bifaces, such as hand axes and cleavers. These have been found in many areas of Kenya, including Olorgesailie near Lake Magadi, Kariandusi near Lake Elementaita, Kilombe near Eldama Ravine, Lewa Wildlife Conservancy near Isiolo, Isingya near Kajiado, Mtongwe near Mombasa, and the regions around Lake Victoria and Lake Turkana. Like their predecessors, people of this period lived by hunting and gathering.

The late Stone Age witnessed an emergence of the bow and arrow. More intricate techniques of stone tool manufacture produced microliths, such as blades, awls and scrapers, as well as artefacts such as grinding stones, pottery, bone harpoons and beads. These have been found in the Rift Valley between Naivasha and Nakuru, at Lukenya Hill near Athi River and in the Lake Victoria region.

The Neolithic period, from between about 6,000 to 1,000BC, marked the origin of the domestication of plants and animals, and saw the emergence of agriculture and pastoralism. Tools found from this time include stone bowls, platters, wooden vessels and beads made of seed, bone and stone. Pottery became more varied in size and form. Burial sites from this era show that at Njoro River Cave and Keringet Cave the practice of cremation was common, while at Hyrax Hill burial graves were preferred.

The Iron Age, in the first few centuries AD, witnessed the emergence of iron technology. While little iron has been found because of its tendency to perish when exposed to the atmosphere, iron slag and bellows have been found. Other finds include stone artefacts, elaborate pottery and intricate beads. Sites from this era are in the Turkwell Basin, Siaya District, Kwale town, Gatunganga near Nyeri, South Nyanza, Bungoma District and Lanet near Nakuru.

In the 1st century AD, Cushitic speaking peoples moved south from Ethiopia. These people settled along the route from Lake Turkana through Marsabit to Tana River. They are the ancestors of today’s Rendille, Somali, Boran, Gabbra, Orma and Boni tribes. Shortly afterwards, Nilotic-speaking peoples moved from Sudan into the Western highlands and the Rift Valley. These are the ancestors of today’s Maasai, Samburu, Teso, Turkana, El Molo, Njemps, Kalenjin, Marakwet, Tugen, Pokot, Elkony, Kipsigis and Luo.

The next wave of immigration was the Bantu-speakers moving from Central and Southern Africa. Kenya’s largest linguistic group, these are the ancestors of today’s Kikuyu, Akamba, Meru, Embu, Tharaka, Mbere, Gussi, Kuria, Luhya, Mikikenda, Pokomo, Segeju, Taveta and Taita.

From the 7th century AD, Arab dhows were docking at East African ports. Trading posts were established at Lamu, Gede and Mombasa and by the 9th century AD, there is evidence of Arabs settling and marrying the indigenous coastal people, producing the ancestors of the Swahili people who today inhabit much of the coastal region. Archaeological evidence shows signs of trade between the coastal people, the Near East and the Far East. Exports included leopard skins, tortoiseshell, rhino horn, ivory, gold and slaves. Ming Chinese porcelain and Persian glazed earthenware found from this time illustrate how extensive the trade routes were.

Vasco da Gama heralded the arrival of the Portuguese when he docked at Mombasa in 1498. Under the banner of Christianity, the Portuguese attacked the predominantly Muslim coast. They retained dominance of the coast through the 16th and 17th centuries, putting an end to Arab domination and taking over the trade routes. In the 18th century, the Omanis terminated Portuguese rule. Under their control, the caravan trade penetrated deeper into the centre of the continent.

The increasing rivalry between European nations was soon to overflow into Africa, and during what became known as the Scramble for Africa, Britain declared Kenya a British Protectorate in 1895. The British built the Uganda Railway, otherwise known as the Lunatic Express, between 1896 and 1901. Large numbers of Indian labourers were shipped in to assist with the railway’s construction, many of whom remained in Kenya and are the ancestors of today’s Indian Kenyans. During the next two decades the British extended their influence and imposed economic policies and taxation.

World War I saw bitter fighting in the Tsavo region of Kenya between the British and the Germans, who were based in what was then Tanganika, now Tanzania. The deaths of about 50,000 African porters during the war triggered the first wave of African resistance to British rule, spearheaded by Harry Thuku’s Young Kikuyu Association. The British tightened their grip, proclaiming Kenya a colony in 1920, and formally defining the White Highlands in 1933.

After World War II, during which huge numbers of Kenyans were conscripted to fight in the British Army, Kenyan resistance to the British Colonial Administration gained momentum. Increasing waves of British settlers emigrating to Kenya exacerbated the land issue and intensified the pressure. Jomo Kenyatta, a local leader who had been studying in Britain, returned to Kenya and took over the presidency of the Kenyan African Union; the Mau Mau movement was born.

In 1952, a State of Emergency was declared. While the Mau Mau perpetrated attacks from their hideouts in forests and caves, lashing out at both British settlers and Kenyans who refused to take the Mau Mau oath of allegiance, the British administration enacted harsher and harsher retaliations and instigated a punitive system of detention and imprisonment. Finally, after a two-year handover period, Kenya became independent in 1963.

Jomo Kenyatta, Kenya’s first president, led the country from independence until his death in 1978. His successor, Daniel arap Moi, was president until 2002, when the current president, Mwai Kibaki took power. After the 2007 elections, a power sharing agreement was signed between President Kibaki and Raila Odinga, the leader of the ODM opposition, producing Africa’s first coalition government. Kenya’s new constitution was voted in by referendum in 2010.

Vision 2030 is Kenya’s new development plan. It aims to transform Kenya into a newly industrialising middle-income country providing a high quality of life to all its citizens by the year 2030. The project is based on three pillars: economic, social and political. Within these pillars, targets have been set in tourism, agriculture, trade, manufacturing, business, education, health, sanitation, environment, housing, rule of law, transparency, democracy and security.