Vast tracts of desert stretch across Kenya’s remote northern region. Lake Turkana, known as the Jade Sea, slices through the desert. Jagged, forested mountains rise from this stunning yet savage terrain. The region, known as the Cradle of Mankind, is the site of some of the world’s most important prehistoric discoveries. 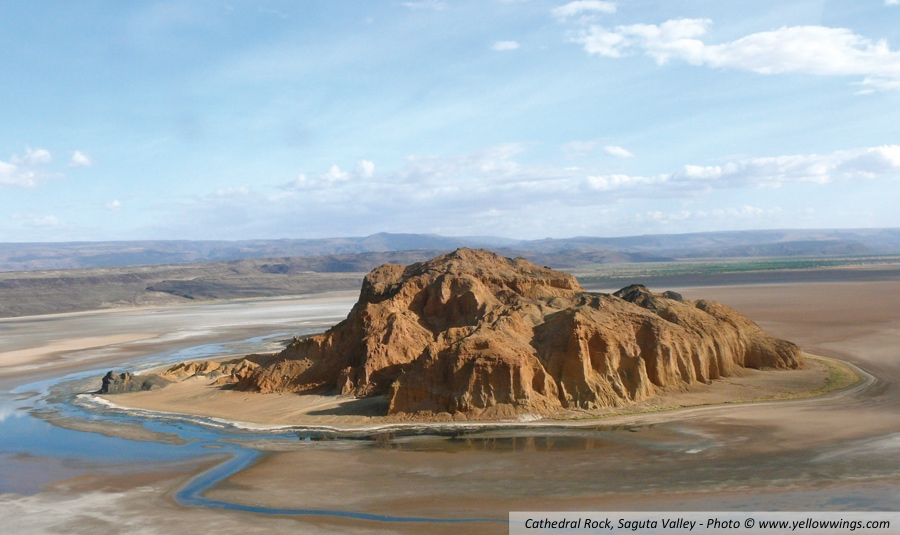 This harsh region has dramatic scenery and spectacular vistas. The inhabitants are predominantly nomadic, and include the Turkana, Rendille, Borana, Samburu, Gabbra and Kenya’s smallest tribe, the El Molo. The major towns are Maralal, Lodwar, Lokichogio, Loyangalani, Marsabit, Wajir, Garissa and Bura. Wajir and Lokichogio have airports with daily scheduled flights from destinations in Kenya. Wajir also has flights to Somalia and Lokichogio has flights to Sudan. A number of airstrips around the region are available for charter flights. Roads are limited, some barely more than a track across a lava field; 4WD vehicles are required throughout the region.

Sibiloi National Park, established to protect the area’s unique prehistoric and archaeological sites, lies on the northeastern shore of Lake Turkana. The Koobi Fora Museum has information on the fossil beds and other findings, some of which are linked to the origin of man. Nearby sites of interest include the Jarigole Pillor, Sibiloi Fossil Forest and Karari archaeological sites. Wildlife such as zebra, giraffe, hippo and crocodile inhabit the park, as well as numerous bird species including flamingos, pelicans and ducks. Maralal National Reserve, amid the Ol Doinyo Lenkiyo Mountains, completely surrounds the town of Maralal. This rocky, dry reserve is home to a variety of wildlife including leopard, hyena, eland, impala, buffalo and zebra, and over 260 species of birds. Elephants pass through the area seasonally. The annual Maralal International Camel Derby, held in August, is a colourful spectacle with camel races, dancing displays and curio stalls.

The Matthew’s Ranges and Loroghi Hills offer scenic views and exciting trekking. Natural rock pools and mountain streams have crystal clear icy water in which the adventurous can swim.

The Northern Rangelands Trust, NRT, facilitates the development of community-led conservation initiatives in northern Kenya. The NRT has an expanding membership of community conservancies, to whom it provides technical and implementing advice. All conservancies under the umbrella of the NRT promote and develop sustainable tourism and generate income for the inhabitants of the area.

Listings In The Northern Kenya Region 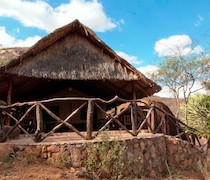 In the foothills of the sacred O’lolokwe Mountain, Sabache Camp has lovely views of the Matthews Ranges. Sabache, meaning a place of beauty and reverence, offers a wilderness experience in a remote and pristine location. The camp is community owned and operated and benefits the Samburu people and local ... 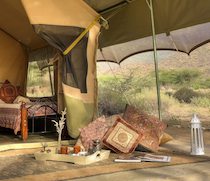 In the Ol Donyo Mara Conservancy in the far north of Kenya, Koros Camp is an attractive and welcoming camp, an ideal pause on a journey through the north of Kenya. Koros Camp began life as the upcountry home of the Taylor family while they were working with the Lake ... 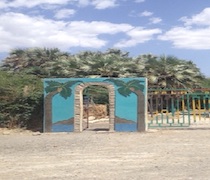 Loyangalani, the town that stands between the bleak desert of northern Kenya and bright blue Lake Turkana, is an extraordinary and exciting site; it attracts intrepid adventurers and those who want to see a part of Kenya little visited. The town makes an ideal starting place for trips across the ... 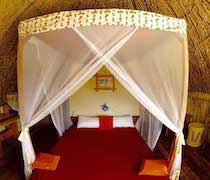 On the western shores of the stunning Lake Turkana, Eliye Springs is a traditionally designed eco-lodge. The 4 Acco bomas are traditional thatched en-suite huts dotted along the beach, with verandas facing the lake. The 4 en-suite family rooms have stone walls, thatched roofs, and each has 2 double beds. The 8 manyattas have ... 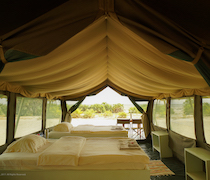 On the shores of Lake Turkana, Lobolo Camp is the ideal place from which to explore the desert area and the stunning lake that slices across it. Lobolo, meaning place of abundant water, is apt and fitting for this camp that overlooks the world’s largest permanent desert lake. Jade ... 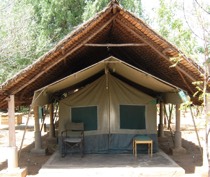 Lokichogio, known as the gateway to South Sudan, became a bustling centre for the aid community during the 1990s. Hotel California was established to provide facilities and services to those travelling between Kenya and South Sudan. There are 8 aircon suites, 8 standard suites, 28 en-suite tents and 30 standard tents with communal, external ... 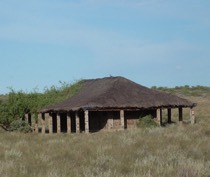 The Koobi Fora Museum offers an introduction into the many archaeological discoveries made in this region and the research that is being done here. Lake Turkana Koobi Fora Bandas are located near the museum. They are owned and operated by National Museums of Kenya, NMK. There are 3 bandas, each with ... 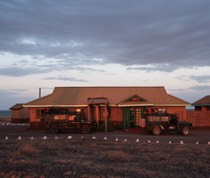 Alia Bay Guest House is owned and managed by Kenya Wildlife Service, KWS. It is situated near the KWS headquarters in Sibiloi National Park. The guesthouse is on the shores of Lake Turkana and has lovely views of the water. There are 3 single bedrooms, 1 bathroom, sitting room, dining room and ... 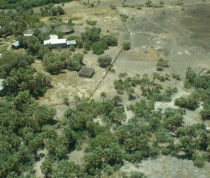 On the edge of Lake Turkana, Oasis Lodge is located at a real oasis in the arid desert of northern Kenya. The lodge has 2 fresh water swimming pools, fed by the lake, in gardens lush with doum palms. Loyangalani, the town that stands between the bleak desert and the bright ... 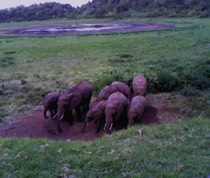 Marsabit National Park was home to Ahmed, the legendary mammoth elephant who lived to a grand old age and whose remains continue to be exhibited at the National Museum of Kenya in Nairobi. The park, surrounding Mt Marsabit, is forested and lush, dotted with cliffs and waterholes. Local animal species ... 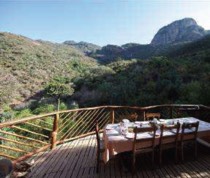 Perched on the side of Mt Nyiru, Desert Rose gives striking views across Northern Kenya. This exquisite lodge is family hosted and offers personal service and unique design. The 5 en-suite cottages have been handcrafted, with local stone walls and peaked thatched roofs. Each is furnished with a huge wild olive ... 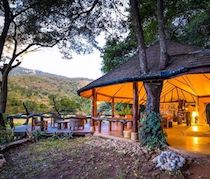 The Matthew’s Mountain Range, a chain of peaks covered in dense dewy forest rising out of the desert, provides a striking setting for Kitich Camp. The camp overlooks a river glade within the lush indigenous forest that is home to elephant, leopard, bushbuck, rhino, buffalo, as well as ancient ... 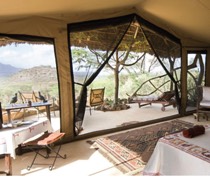 Sarara Camp, set in 850,000 acres of community conservation, has become known for luxury tented accommodation and exclusivity. The 6 spacious en-suite tents, all elegantly furnished, have been positioned to maximise the breathtaking views. Buffet lunch is served in the mess tent or under the trees. Dinner is served on the terrace ...