Mombasa has a colourful history stretching back a thousand years. Invasions, sieges and trade have all made their mark on the culture of this coastal island city. East Africa’s largest port, Mombasa is the gateway to all the landlocked countries of central Africa, and is the second largest city in Kenya. 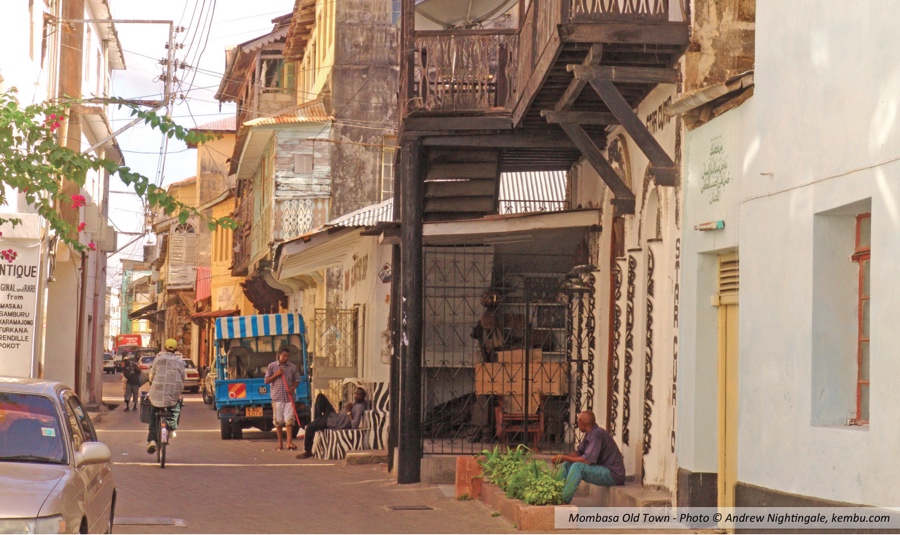 Mombasa Island is linked to the mainland by Makupa Causeway, to the north coast by Nyali Bridge and to the south coast by the Likoni Ferry. The Old Town is on the eastern edge of the island; the modern city has expanded to fill the whole island. Moi International Airport, in the north of Mombasa, has daily scheduled flights to destinations around Kenya, as well as to a number of cities around the world. A railway links Mombasa to Nairobi. The people of Mombasa are predominantly Swahili Muslims.

Mombasa is known in Swahili as the Island of War, because of its volatile strife-ridden history. In the 11th century, the town was an important trading centre between East Africa and the Indian Ocean trade routes. Its major exports were ivory and slaves. There is evidence that Ibn Battuta, Marco Polo and Zhang He all docked at Mombasa. In 1498, Vasco da Gama arrived, initiating a period of Portuguese domination. Fort Jesus, built by the Portuguese in the late 16th century, became the focus for the ongoing power struggles and changed hands nine times in the 17th and 18th centuries. After the Portuguese, the Omanis dominated in the 17th and 18th centuries, and the British in the 19th century.

Fort Jesus is now a museum, with exhibits on its history, as well as on Swahili life and culture. A Son et Lumiere Show illuminates the turrets and battlements three nights a week, while costumed actors bring the turbulent history of the fort to life.

Mombasa Old Town is an attractive labyrinth of narrow streets, liberally sprinkled with mosques and Swahili buildings. The Old Law Courts have regular exhibitions of local art. The spice market, heavy with atmosphere and enticing scents, gives an insight into the spice trade of old. Tours of the Old Town are available, as are harbour boat cruises and dinner cruises.

Haller Wildlife Park is a former disused quarry that has reopened as a small private game sanctuary. The park shot to fame in 2004 when a baby hippo, orphaned during heavy floods, was adopted by an elderly giant tortoise. The story of Owen and Mzee attracted the attention of thousands; the pair can still be visited today. The park, which has blossomed into an area of lush beauty, is home to a variety of wildlife including giraffe, eland and oryx.

Listings In The Mombasa Region 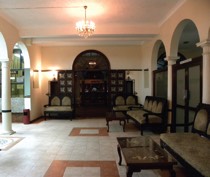 Near Mombasa Old Town, Lotus Hotel is located within easy reach of the historic Fort Jesus and its surrounding picturesque alleys. The bright orange hotel is a landmark on Cathedral Lane, just off Nkurumah Road. The hotel welcomes families, and can also arrange conferences and seminars. The Lotus Hotel’s ... 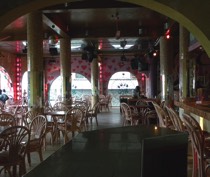 Club Rio is known for its vibrant nightspots, Calypso Bar and Calypso Club. The hotel rises up over a cluster of shops including a clothes shop, bookshop, stationery shop and a cyber café. Club Rio’s reception is open 24-hours. There are 52 en-suite rooms, 30 of which have satellite TV. All ... 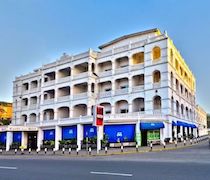 The newly refurbished Castle Royal Hotel is situated in Mombasa town centre, only 10 minutes from the historic site of Mombasa Old Town and the world famous Fort Jesus. The island of Mombasa is known in Swahili as Kisiwa ya Mvita, which means Island of War, due to the many changes ... 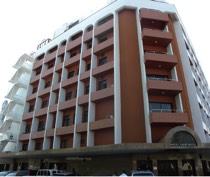 Royal Court Hotel, located in the centre of Mombasa, is well equipped for both business and holiday visitors. The impressive 8-floor building combines coastal wood with terracotta finishing. There are 92 en-suite rooms, made up of 59 standard, 29 executive, 2 junior suites and 2 executive suites. All rooms have aircon, digital safe, satellite TV, ... 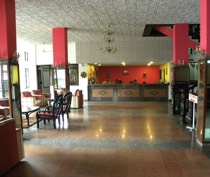 Hotel Sapphire is a whitewashed building ornately decorated with curved balconies, with a waterfall at its entrance. The hotel offers a wide selection of facilities and activities. There are 110 en-suite rooms, made up of singles, doubles, triples and suites. The 4 suites have en-suite bedroom and adjoining living room. All rooms ... 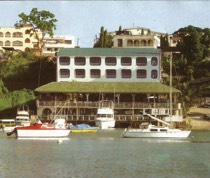 Situated on the creek amongst mangroves, Tudor Water Sports is part of a marina. The complex has a restaurant overlooking the water and offers a wide selection of water sports and boat trips. There are 18 en-suite rooms, made up of doubles and singles, and 2 family rooms. All rooms have sea ...