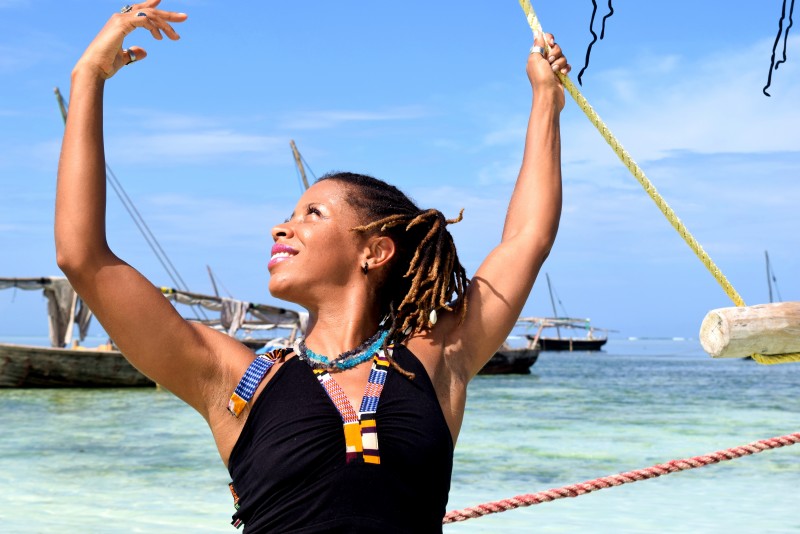 Born and raised in Bermuda, Joanne was born to dance and to bridge continental divides. She has formal training in Contemporary Dance, Lyrical & Improvisation coupled with East and West African traditional dances, Hip Hop & Dancehall. Joanne believes that dance for her is a gift and that her gift of freedom through dance helps to liberate and bring healing and health to others.

Joanne has been practicing yoga for around seven years. She began practicing yoga after it was doubtful that she would be able to dance again after a hernia repair surgery soon after her second C-section. ‘Yoga gave me back so much more than just dance,’ she says.

Joanne completed her 200-hour Yoga Teacher Certification through Yoga Zanzibar in November 2017. She is certified by Yoga Alliance to teach Vinyasa Flow, Ashtanga-based Flow and Yin Yoga along with Yoga Nidra.

Joanne brings a unique approach to her Vinyasa Flow practice, allowing her students to explore fluid movements and dance integration through their practice, and expanding the practice into one of a moving meditation of exuberant joy and unique expression.

Jo-1 has participated as a member of several dance companies in the US. She has taught and performed worldwide with the emphasis of bringing health, clarity and healing through dance to both the observer and the participant.

She earned her Masters in Education in 2008 where her research was based on understanding how dance, music and drama can enhance the learning model in school curricula.

At the Lamu Yoga Festival, Jo-1 taught Freedom Dance, Vinyasa Dance Flow and Yin Dance, offering yogis and other attendees new levels of self-expression through the grounding, sweaty intensity of yoga dance in many forms. Freedom dance and Vinyasa Dance Flow is a space where wild, spontaneous, creativity of movement and outward exuberance happens. It’s also a space where inner healing through outward movement can be an intention. These are spaces where the flow moves into dance combinations as a moving celebration of the whole person. 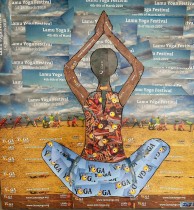