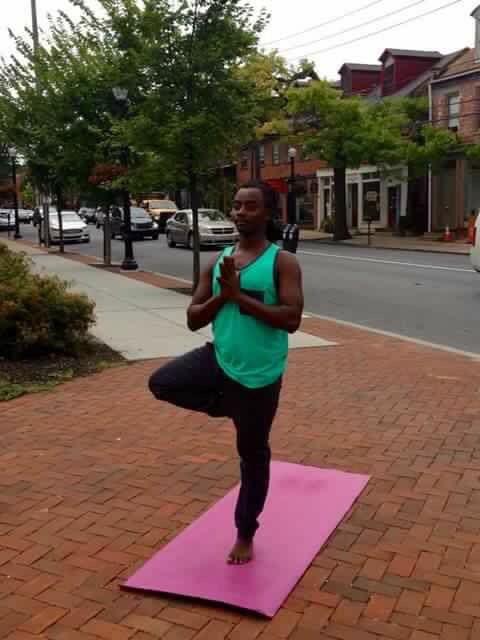 Patrick became certified in Baptiste Yoga Level I in 2009; in 2013 he attained his Level II in Malindi and his Level III in Mexico through the Baptiste Institute. Through these trainings, he’s officially certified as a Baptiste Yoga Instructor. In addition, he’s certified by Next Generation Yoga and Kundalini Radiant, both for kids, and has participated in lots of workshops led by international yoga instructors.

Since 2014, he has worked to empower new Africa Yoga Project teachers through yoga teacher trainings in East Africa to show them the power of AYP. Yoga saved Patrick’s life and his commitment is to empower more lives and bring yoga to everyone. Ultimately, he wants to bring hope: the hope that he experienced through yoga and still experiences daily.

Patrick has a pop-up yoga studio in Prestige Plaza on Ngong Road where he teaches every Monday, Wednesday and Thursday evenings.

We have not been advised of any upcoming events with Patrick Kiragu.